The Impact of Psychological Safety in the Workplace

My very first “real” job was working in a management role in a smallish non-profit, and very quickly I was introduced to a hostile environment with people exhibiting low morale, disengagement, and fear in their interpersonal work relationships.  As I quickly discovered, the senior leader in this organization was quick to criticize, slow to validate, and erratic in his communication.  All of this seemed unusual to me, but as a rookie, I assumed that I just didn’t understand how the real world worked.

It didn’t really matter though, because soon enough, the leader who hired me left, and a new leader was set into place.  Relatively quickly, this non-growth, stagnant and cold organization transformed into a dynamic and growing group with warmth, presence, and ultimately, high levels of community impact.

Still not understanding the real dynamics at play, several years ago, I was the General Manager for a privately-owned business with multiple locations all over our region.  The business was experiencing a very high rate of employee turnover, combined with low sales, resulting in significant financial losses for the owners.  The company also scored very poorly when it came to customer satisfaction, and their reviews on social media were awful.  Morale and productivity was low, employee engagement was so marginal that it could not be measured, and absenteeism was excessively high, along with incidents of workplace injury, both physical and psychological.

I was hired by the owners to “fix” these locations , and to ensure the numbers got back on track.  In my interviews with the managing partner, it was clear that he felt the employees were the problem – many just needed deep-dive training in sales psychology and persuasion, or they simply needed to be fired.  Moreover, he felt that the marketing strategy, customer service, and supply-chain all needed to be addressed.  Though I am a huge advocate of training for employees and operational optimization, within weeks, it became crystal clear to me that you could not fix the business or get the numbers back on track without taking care of the people in the business.  And you could not take care of the people in the business without addressing the systems and structures built by this managing partner which had led to an unsafe and disempowering workplace, both physically and psychologically.  By putting people first, we were putting the business first.

We do not “fix” people – we fix systems and structures.  People don’t need to be “fixed” like machinery or equipment.  However, people do live, work, and operate within systems and structures, and these systems and structures represent an ecosystem that either supports and empowers employees to perform at their best, or disempowers them.  Therefore, we need to focus on people.  When an employee or team member feels that an ecosystem is unsafe, it is natural for them to carry extra stress and even depression, and to build self-defense mechanisms to protect themselves.  Ultimately, all of this can add up to create an organizational culture that fails to draw the best out of its people.  Business outcomes are driven by the people in the business, and people respond to culture.  If the culture and corresponding ecosystem is healthy, the people in it will be healthy, and business outcomes will improve, which is what began to happen in the business described above.

In both organizations described here, the employees were experiencing a lack of psychological safety, and this lack of psychological safety showed up in the organizational dynamics and business outcomes of both.  Interestingly, in November of 2015, Google’s People Operations department set out to answer the question of, what makes a Google team effective?  They wanted to use data and rigorous analysis, and so over two years, they conducted 200+ interviews with Google employees, and looked at more than 250 attributes of 180+ active Google teams.  Initially they were convinced that they would find the perfect mix of individual traits and skills necessary for a stellar team, but in the end, they acknowledged that the theory of just assembling a certain mixture of talent was dead wrong.  They actually discovered that who is on a team matters less than how the team members interact, how they structure their work, and how they view their contributions.

Google has a market cap of $675 billion.  With over 75,000 employees, they are a global giant competing in a limited space for top talent and valuable contributors.  It is intuitive that to stay in a leading position, they need the very best and brightest firing on all cylinders, always.  The main finding of their research is that a team’s dynamics are more important than the talents of the individuals who make it up.  Of the over 250 attributes of 180+ teams they looked at, five stood out.  You can have a look at their findings in detail here, but the number one attribute of the most successful teams was that they establish ‘psychological safety’.  “Psychological safety was far and away the most important of the five dynamics we found — it’s the underpinning of the other four,” Google People Operations analyst Julia Rozovsky wrote.

Psychological safety refers to an individual’s perception of the consequences of taking an interpersonal risk or a belief that a team is safe for risk-taking.  In a team with high psychological safety, teammates feel safe to take risks around their team members.  They feel confident that no one on the team will embarrass or punish anyone else for admitting a mistake, asking a question, or offering a new idea.  “Individuals on teams with higher psychological safety are less likely to leave Google, they’re more likely to harness the power of diverse ideas from their teammates, they bring in more revenue, and they’re rated as effective twice as often by executives,” Rozovsky writes.

• Frame the work as a learning problem, not an execution problem.
• Acknowledge your own fallibility.
• Model curiosity and ask lots of questions.

Psychological safety is a climate in which people feel free to express relevant thoughts and feelings without fear of being paralyzed.  See, as leaders, it is not our title or position, but our relationships which give us the license to operate.  For leaders, relationships are the work, and the only real tool we have are our conversations and our presence.  So, how can we show up in a way that causes people to feel safe?

This is critical because people are neurologically wired to run away from threat and toward reward.  And though trust is often a logical decision we make, safety is neurological response.  Trust is something we decide based on some rational analysis, but safety is something people feel based on what they experience.  So, how can we create a psychological safe environment, at least for those who interact directly with us as leaders?  Three simple keys will help:  People, Process, and Policy.

The first is People:  to always engage with people in ways that support psychological safety.  What sorts of conversation tools can you use which will support psychological safety for those you lead?  Learn to listen empathically.  It helps to really care, look people in the eye, pause what we’re doing, and put ourselves in their shoes.  We also need to listen “between the lines”; to hear beyond their words.  Also, we should not be so quick to give advice or to speak.  The less we speak and interject and offer comment, the more we will learn, understand, and appreciate.

As we look at listening better, we also need to think a lot about how we come across to others.  Body language is critical.  Non-verbal communication, what you say with your body and actions accounts for up to 90% of our communication.  This means that if we are to help people feel heard, we need to be visual and communicate care non-verbally, with our eyes, facial expressions, posture, and body language.

The second is Policy:  Are the policies of your organization people-friendly?  If people are the most valuable asset we have, is this reflected in the policy framework in which they operate every day?  Do your policies use plain language, and are they easily understood by the non-lawyers in the crowd?  Do your people feel that the policies are punitive and designed to extract maximum productivity with minimum people-investment, or are they seen as fair, balanced and progressive?  Most importantly, do your policies give you as an employer the capacity to act as though there is a duty of care to provide a psychologically safe system of work by all reasonable means.  This is critical, because increasingly, Canadian courts are finding that in the same way employers are legally responsible to provide a reasonably safe environment physically, so they should provide a reasonably safe environment psychologically.

The third is Process.  Even if the policy framework of our business or non-profit is psychologically safe, do we have procedures in place to support it?  Do your teams have clarity around who is responsible for what, and are decision-making processes clear and transparent?  Do your people feel micro-managed or under-utilized?  Is information shared openly, and in a manner that inspires individuals and teams towards their best?  Do your people have processes in place for offering feedback and input without fear of retribution?  Are people acknowledged, validated, empowered, trained, and only then, held accountable?  All the policy remedies in the world are unhelpful if there are not specific processes in place to support psychological safety.

For progressive businesses and organizations interested in impact, reach, and profit, psychological safety is a philosophical and operational imperative.  The good news is that in this case, the return on investment is clear.  When we invest in the psychological safety of our workplace, we benefit, our people benefit, and the bottom line benefits.  Ensure that you make this investment now. 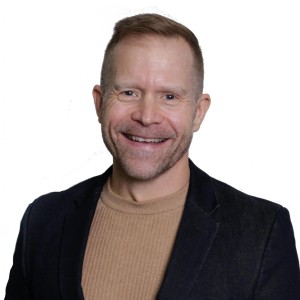